A special COVID-response project in collaboration with the Central Bank of Italy, the University of Oxford and DeepReason.ai.

With rapidly rising unemployment rates, it has become clear that the economic effect of COVID-19 has impacted many people's lives. Yet the economic problems of one company do not only have an effect on its own employees and shareholders, we know that companies form a complex network defined by a variety of relationships, among them ownership and control.

Do these intricate relationships of companies lead to resilience, that is the power to resist crises like we are observing right now, or do they actually lead to increased risk? The answer depends on a variety of factors, among them the diversity of economic activities, geography, and supply chains. For example a conglomerate of companies where one of them is severely affected by the current crisis may be resilient, while a conglomerate of companies specialized on a particular economic sector may fail as a whole. How do we distinguish between such cases in general?

Answering such a question requires sophisticated information systems that bring together a wide variety of information. Critically, it also requires such systems to intelligently reason on top of these massive amounts of data. Knowledge Graphs are one such artificial intelligence system. The term Knowledge Graphs was initially coined by Google, but in recent years has become a staple both in academia and in industry. Knowledge Graphs are able to represent knowledge about complex economic networks and their complex interactions. In addition, they allow for automated reasoning at a large scale, allowing a person to gain insights from this knowledge.

Together with our partners at the Central Bank of Italy and the University of Oxford, in this special COVID-response project our goal is to both build the foundations and principles, as well as to concretely build and enrich such Knowledge Graphs that allow one to understand, and we hope, eventually curb the economic impact of the current and future crises. We present our initial results here: 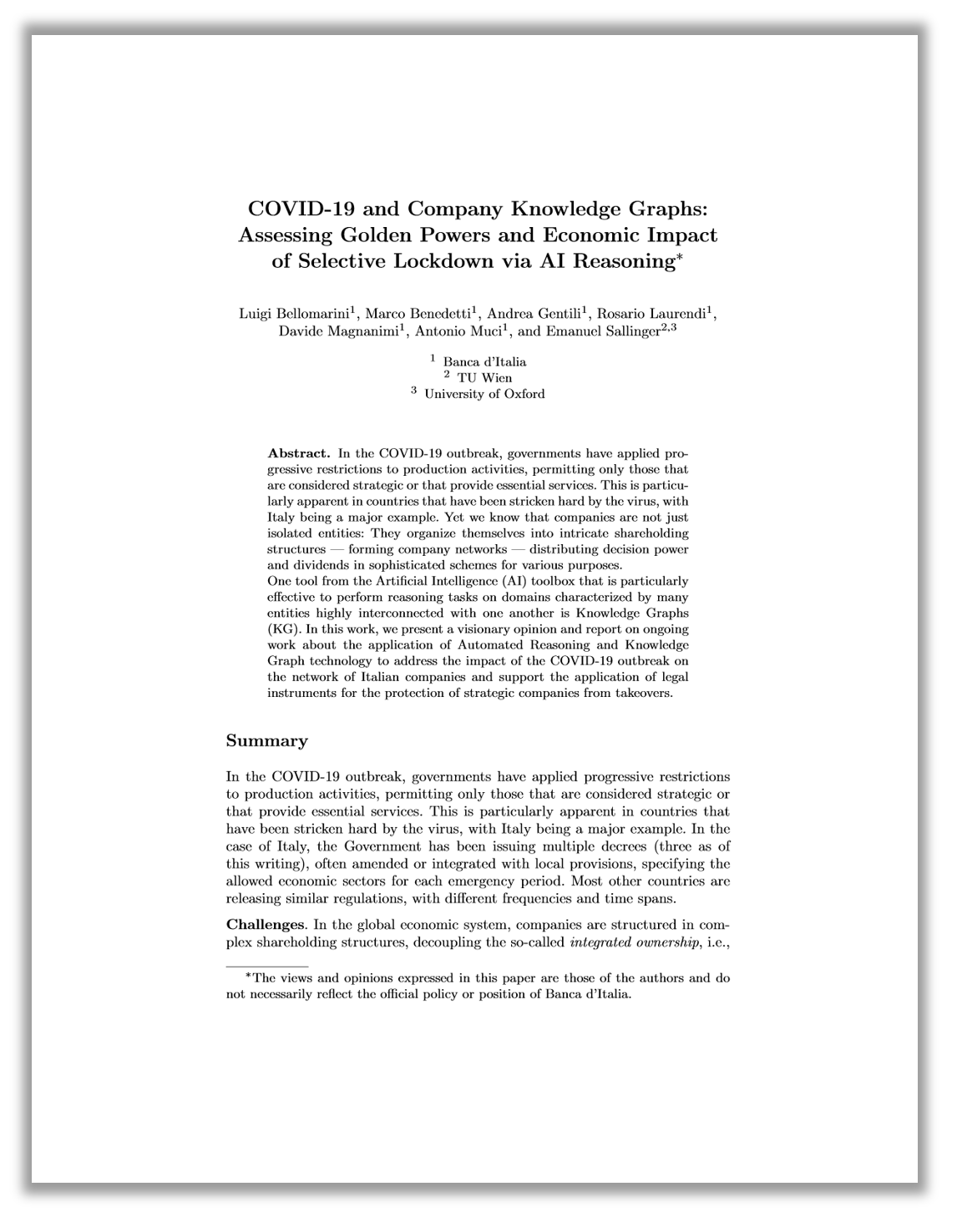 In the COVID-19 outbreak, governments have applied progressive restrictions to production activities, permitting only those that are considered strategic or that provide essential services. This is particularly apparent in countries that have been stricken hard by the virus, with Italy being a major example. Yet we know that companies are not just isolated entities: They organize themselves into intricate shareholding structures - forming company networks - distributing decision power and dividends in sophisticated schemes for various purposes.

One tool from the Artificial Intelligence (AI) toolbox that is particularly effective to perform reasoning tasks on domains characterized by many entities highly interconnected with one another is Knowledge Graphs (KG). In this work, we present a visionary opinion and report on ongoing work about the application of Automated Reasoning and Knowledge Graph technology to address the impact of the COVID-19 outbreak on the network of Italian companies and support the application of legal instruments for the protection of strategic companies from takeovers. 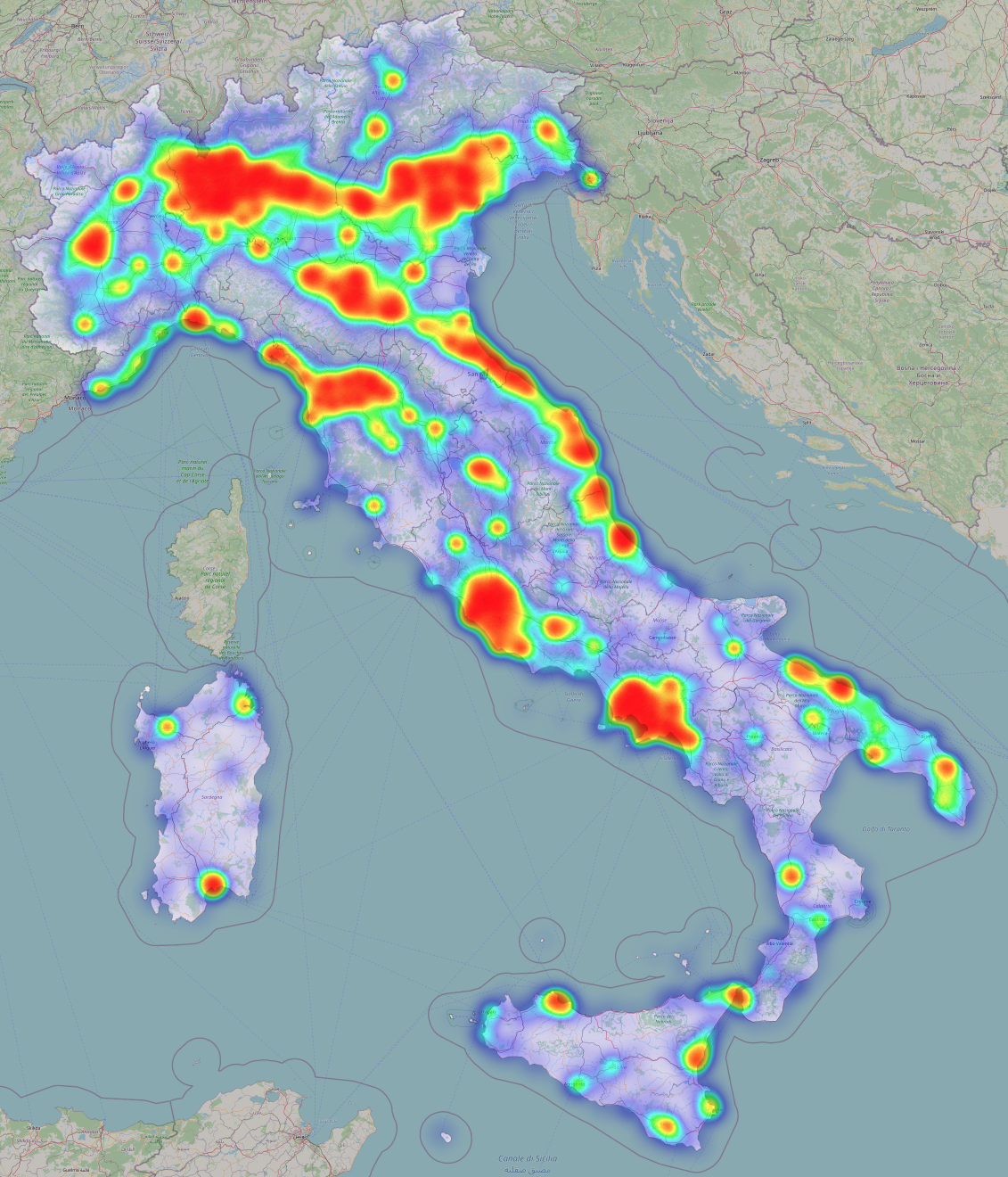 About the Knowledge Graph Lab at TU Wien

The Knowledge Graph Lab at TU Wien is part of the Database and Artificial Intelligence (DBAI) group at the Institute of Logic and Computation of the Faculty of Informatics. It is funded by the Vienna Science and Technology Fund (WWTF) under the Vienna Research Group scheme - "Vienna Research Group on Scalable Reasoning in Knowledge Graphs" (VRG18-013).

We would like to thank DeepReason.ai, a spin-out of the University of Oxford, for the joint development of the Vadalog Knowledge Graph Management System and the collaboration.